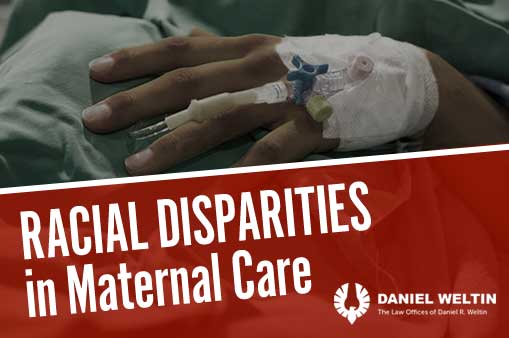 Two stories in the news this week shine a harsh light on the risk of postpartum death facing black women in the U.S.

The stories end very differently. Police brutality activist Erica Garner died. She was only 27 years old. Serena Williams, perhaps the greatest tennis player of all time, lived. But both women were failed by their doctors. The American maternal health care system injures and kills blacks, rich and poor, every day.

The risk of postpartum death in the United States is the highest in the developed world. Black mothers here are as likely to die as those in Mexico or Uzbekistan. Black Texans would stand a better chance to give birth in Guatemala. In Panama. In Jamaica. Or in Palestine.

Both women faced an unacceptable risk of postpartum death

Some studies point a finger at huge racial disparities in the quality of hospital care. One analysis college-educated blacks who gave birth at local hospitals were more likely to suffer severe complications than white high school dropouts.

Serena Williams tells of having to fight nurses who refused to her life-threatening blood clots seriously. She survived. But it’s not hard to imagine a different ending.

If a champion competitor – an icon of strength and perseverance – has to plead with doctors to save her life, how does any other black woman stand a chance?

Erica Garner, who lost her father Eric Garner to an act of police brutality that stunned the world, had a heart attack. Four months later she had a second heart attack. It killed her.

Racism blamed for disparities in care

Some research suggests that the stresses of being a black American lead to deadly and debilitating health issues. And black women will often avoid seeing doctors at all, having experienced racism in clinics and hospitals.

In fact, one study found that 33 percent of black women reported discrimination by a doctor or clinic. So it’s not surprising that black women face such an outsized risk of postpartum death.