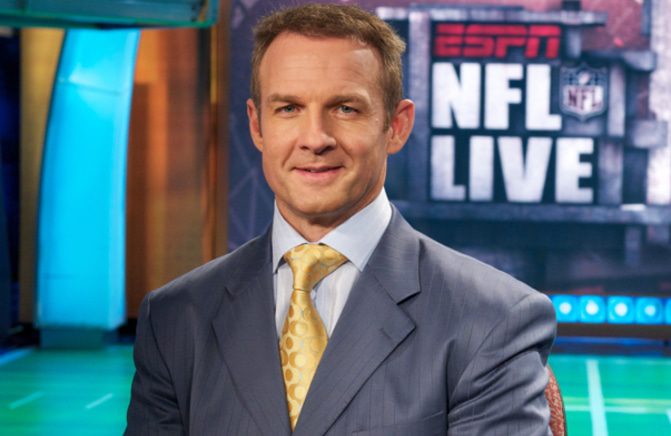 Merril Hoge, Former Running Back For The Pittsburg Steelers and ESPN Analyst Is Suing The Makers Of Roundup For Causing His Non-Hodgkins Lymphoma

Merril Hoge, 54, was diagnosed with non-Hodgkin lymphoma in 2003.

He has been in remission ever since receiving treatment for the cancer.

His lawsuit was filed in an Idaho district court.

Merril Hoge says that he started using roundup in 1977 when he was working on a potato farm in Idaho.

The lawsuit claims the former football player’s Non-Hodgkin Lymphoma was “proximately and actually caused by exposure to Monsanto/Bayer Roundup products.”

It further claims that Merril Hodge sustained “significant economic and noneconomic damages” that resulted from his injuries due to exposure to the dangerous chemicals contained in roundup products.

Over 18,000 lawsuits have been filed against Monsanto/Bayer claiming that exposure to Roundup caused their cancer.

Trial verdicts have sided with the plaintiffs who had been awarded 2 billion dollars in damages. Though some of the awards for damages have been slightly reduced, the corporation is still on the hook for tens of millions of dollars.

The Pilliods have been awarded $87 million, Dewayne Johnson (the first victory for roundup plaintiffs) $78 million and Edwin Hardeman was awarded $25 million.

As more and more lawsuits are filed, Bayer corp is now considering settling all of the roundup claims.

Now with such a public figure like Merril Hodge filing a lawsuit claiming roundup caused his cancer, it may bring this litigation into the public light even more.

“We have great sympathy for any individual with cancer, but the extensive body of science on glyphosate-based herbicides over four decades supports the conclusion that Roundup does not cause NHL”

A 10th round NFL draft pick out of Idaho State, Merril Hoge played for the Pittsburg Steelers between 1987-1993. During his 1994 season while playing for the Chicago Bears he retired from playing football due to the number of concussions he sustained ver his football career.

In the complaint, Merril Hoge is requesting a jury trial as well as compensatory damages.