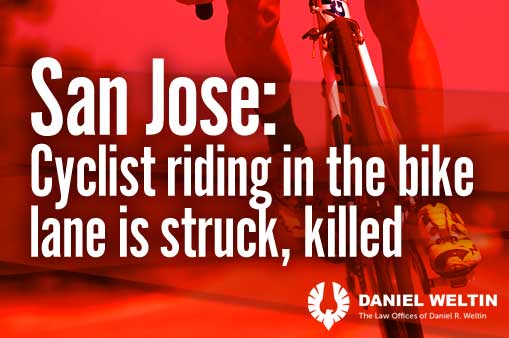 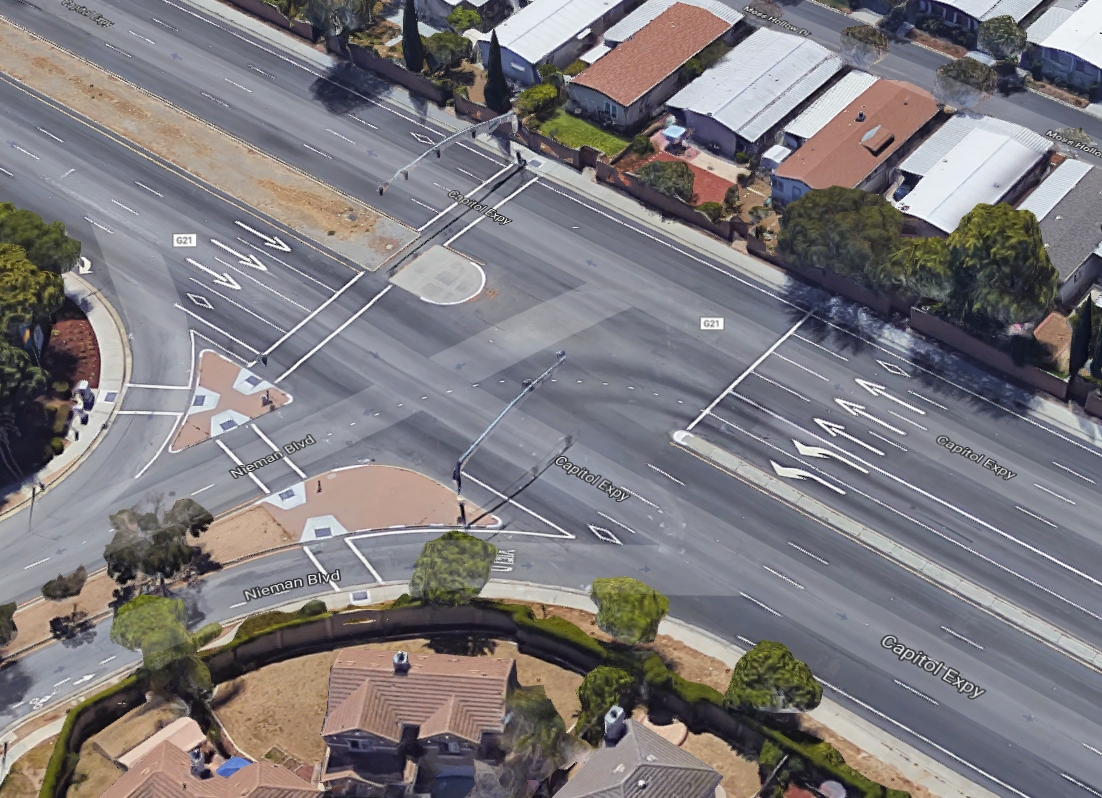 The victim was struck while riding in the bike lane on southbound Capitol Expressway near Nieman Boulevard. Photo: Google Maps.

San Jose police said 64-year-old Thanh Hoang was struck by a car and killed around 9:30 a.m. in the southbound lanes near Nieman Boulevard. They said their initial investigation determined that Hoang was in the bike lane when he was hit by a silver 2002 Nissan Sentra.

The Mercury News reports that Hoang was taken to a hospital but died from his injuries.

Police said the 25-year-old driver stayed at the scene and cooperated with officers. Alcohol or drug use was not suspected to have played a role in the crash, they said.

Traffic investigators are asking that anyone with information about the crash contact Officer Troy Sirmons at 408-277-4654.