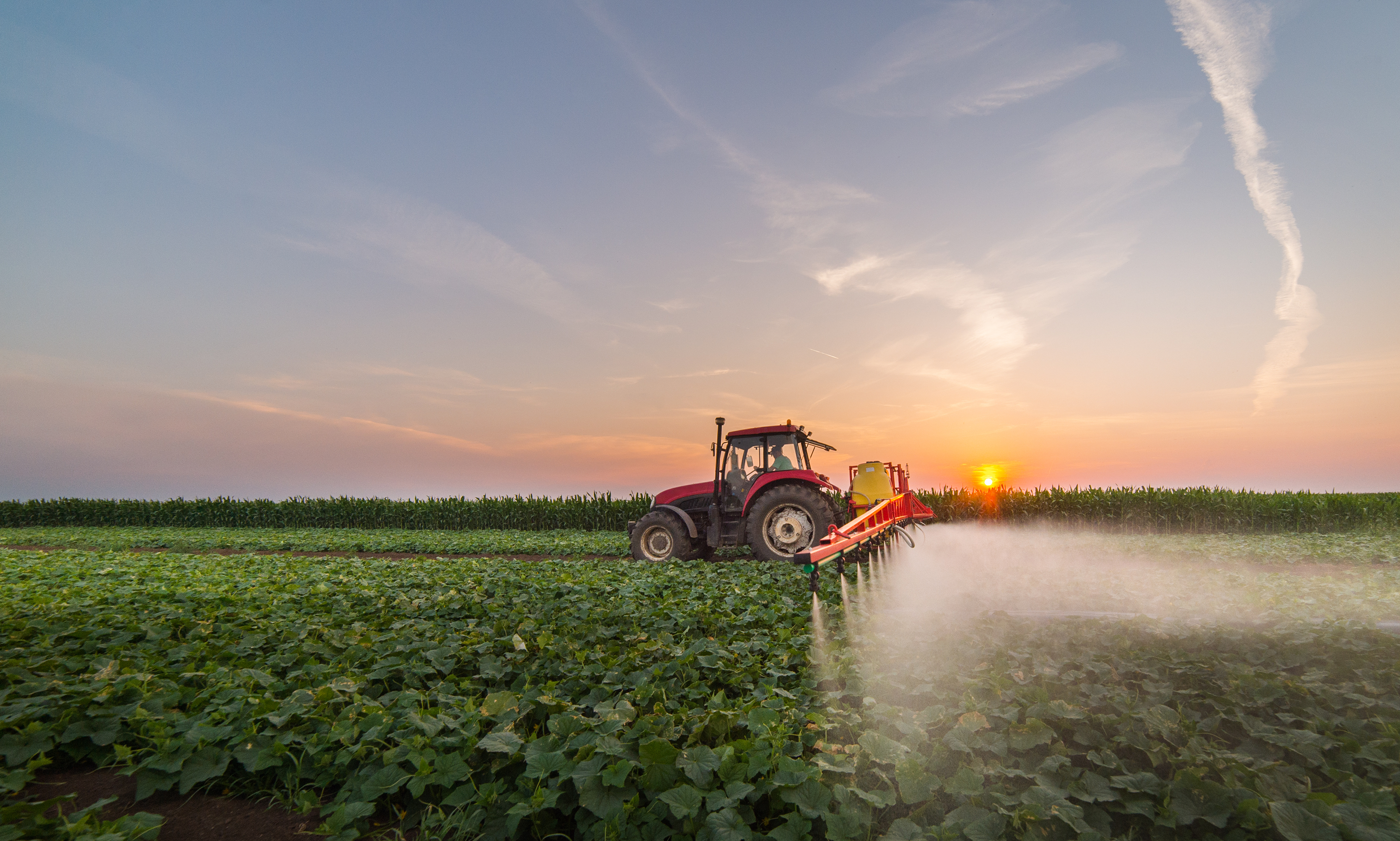 What causes ADHD, autism, low birth weight, cognitive disabilities, memory loss, and delayed motor development? While each impairment has a variety of possible causes, studies have shown that one potential cause is exposure to the insecticide chlorpyrifos, more commonly known by the brand names Lorsban, Dursban, Lock-On, and Cobalt.

Your child could have been harmed by exposure to chlorpyrifos either while in the womb or at any time during their childhood. Exposure to the mother during pregnancy, or to the child during the first two years of his or her life, is particularly dangerous.

According to one study, pregnant women who lived near fields sprayed with chlorpyrifos were three times more likely to have a child with autism. Another study found that the risk of having a child with autism or developmental delays is 60 percent higher for pregnant women who lived within a mile of a farm or orchard where chlorpyrifos was sprayed.

In California, chlorpyrifos use is concentrated in the vast Central Valley and Salinas Valley regions, where a significant portion of the nation’s produce is grown and many people are now suffering the effects of poisoning from the insecticide.

If your child has been harmed by exposure to chlorpyrifos, then he or she could require prolonged medical care and you could be eligible for compensation to cover the costs. Contact The Law Offices of Daniel Weltin to find out how a lawyer can help you get the compensation you need to cover what could be a lifetime of medical expenses.

Chlorpyrifos, part of a class of nerve agents that includes deadly sarin gas, was first registered as an insecticide in 1965. In the years since it became the most widely used insecticide in the United States. Besides being sprayed on crops, and in some cases on livestock, for many years it was also used inside homes and buildings to kill termites and other insects. In 2001, however, the Environmental Protection Agency (EPA), recognizing the harm it caused to humans, banned its use indoors.

Over the next two decades, as more and more evidence showed the harm caused by exposure to chlorpyrifos, its use on crops was increasingly restricted. In 2017, the EPA first proposed banning the insecticide’s use on crops, but it wasn’t until August 2021 that the ban was finally enacted. A ban in California went into effect on December 31, 2020.

According to the EPA, “[Chlorpyrifos] has been found to inhibit an enzyme, which leads to neurotoxicity, and has also been associated with potential neurological effects in children.”

HOW IS A PERSON EXPOSED TO CHLORPYRIFOS?

The most common forms of exposure to harmful levels of chlorpyrifos are working in an agricultural setting or living near a farm or orchard where the chemical is sprayed.

There are three ways a person can be exposed to chlorpyrifos:

ORAL: This occurs when a person eats fruits or vegetables that have been treated with the chemical or drinks water that has been contaminated. The EPA has documented drinking water contaminated with chlorpyrifos in all 50 states.

DERMAL: Chlorpyrifos can be absorbed through the skin when a person touches produce, plants, or surfaces that have been treated with the chemical or if a person is sprayed with it during application.

INHALATION: For decades, fields of fruits and vegetables have been sprayed with chlorpyrifos, including with crop-dusting planes. When the chemical is applied this way, it becomes airborne and can travel long distances depending on wind conditions. Until 2001, chlorpyrifos was also used indoors to kill termites and other insects. Indoor use could result in harmful fumes or dust that are inhaled by people who live or work in the building.

In one case that is currently under litigation, a California child who was exposed to chlorpyrifos while in the womb as well as during the early years of his life suffers from cognitive disabilities, autism, and ADHD.

While the child was in his mother’s womb, she worked in a plant that was surrounded by fields of crops that were sprayed with chlorpyrifos and she packed produce that had been treated with the insecticide. Her husband worked spraying chlorpyrifos in the fields, often returning home soaked in the chemical. Furthermore, the water supply where the family lived was contaminated.

Therefore, the mother and child were exposed orally by drinking contaminated water, dermally by having the chlorpyrifos absorbed through their skin, and through inhalation from when the fields were sprayed. The child’s exposure began before birth and continued for several years afterward.

WHAT ARE THE EFFECTS/SYMPTOMS OF EXPOSURE TO CHLORPYRIFOS?

When chlorpyrifos is metabolized by the body it becomes highly toxic and causes damage to the nervous system.  Exposure to a small amount of the insecticide can cause headaches, dizziness, nausea, or vomiting. More serious poisoning can result in loss of consciousness, seizures, or paralysis.

In most cases, a person is gradually poisoned by repeated exposure to the insecticide and the damage is not immediately apparent. Exposure to chlorpyrifos, including to a fetus in the womb, could cause any of the following impairments:

HOW DO I KNOW IF SOMEONE IN MY FAMILY HAS BEEN EXPOSED TO CHLORPYRIFOS?

Many people who have been exposed to chlorpyrifos are often unaware that they have been exposed, or to what, until symptoms of impairment become apparent months or years later. If you believe that someone in your family has been poisoned by chlorpyrifos, then you should visit a doctor for testing.

You should also contact a lawyer who can help you investigate other ways to determine whether a person has been exposed, including by reviewing state records on chlorpyrifos use and testing conducted by local waterboards. In California, testing on many water sources in the Central Valley and Salinas Valley has already documented contamination from chlorpyrifos.

If you live, or lived, near a farm or orchard, then it’s highly possible you and your family were exposed to chlorpyrifos spread through the air as a result of crop spraying. It isn’t necessary to live right next to the field where the chemical is sprayed, airborne poisoning can occur up to a mile away. That means that residents throughout California’s Central Valley and Salinas Valley could have been exposed to chlorpyrifos, including in, but not limited to, the following counties, cities, and their surrounding areas:

If you live in any of the counties, cities, or surrounding areas listed above and believe that someone in your family has been harmed by chlorpyrifos poisoning, contact a lawyer at The Law Offices of Daniel Weltin, a California-based firm, today.

When crops have been sprayed the scent of the chemical used can overwhelm the surrounding area. Chlorpyrifos is said to have a skunky scent similar to rotten eggs or garlic. If you recall a scent such as the one described wafting in the air around your home, then you could have been inhaling chlorpyrifos. Repeated spraying of crops near your home could also have contaminated your water source.

The heaviest use of chlorpyrifos has been on crops such as corn, soybean, alfalfa, orange, almond, apple, asparagus, walnut, onion, grape, broccoli, cherry, cauliflower, and cotton.

If you think that someone in your family has been harmed by exposure to chlorpyrifos, then it’s important to take action as soon as possible and contact a lawyer. Depending on your state, the statute of limitations could begin from the time of injury (exposure), the discovery of the injury, or the discovery of the cause of the injury. Our staff at The Law Offices of Daniel Weltin can provide you with a free consultation to help you determine if your case falls within the statute of limitations and is eligible for compensation to help cover medical expenses and financial losses.


For more on chlorpyrifos, visit The Law Offices of Daniel Weltin PC in San Leandro, CA. Call (510) 319-1904 to schedule a consultation today.