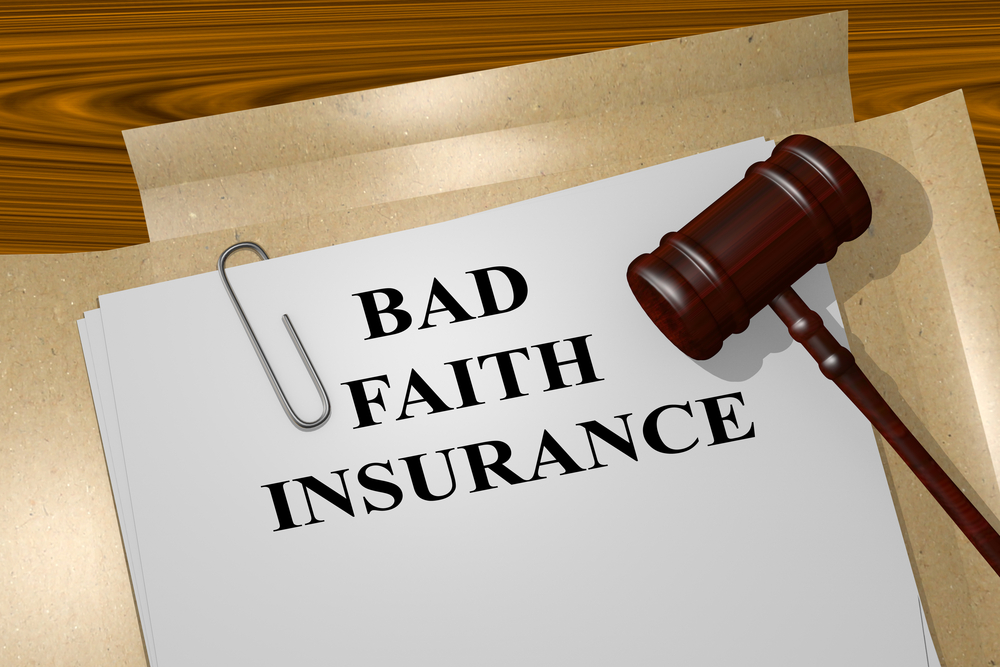 • One popular auto insurer was forced to pay $2.5 million in punitive damages after it refused to pay a claim when the insured’s widow refused to sign a release of all claims and responsibility in exchange for a payout of only half of what the policy allowed.

• Another prominent insurance company was deemed to be in bad faith when its board of directors ordered that tornado damage claims from Oklahoma policyholders be delayed or denied following the May 1999 tornado that devastated the Oklahoma City area.

The American Association for Justice performed an extensive review of thousands of state insurance department investigations, news accounts, court documents, and other information and compiled the following list of the top ten worst insurance companies.

Despite the fact that most of the organizations on AAJ’s bad faith insurance companies list spent considerable advertising dollars claiming to be on the side of the policyholder and touting the speed and efficiency of their claims process, most of the companies continued to put profits over their policyholders. AAJ found that insurance bad faith companies on their list would routinely delay and deny claims while raking in record profits and paying massive salaries and bonuses to company CEOs.

Here is a basic bad faith claim against insurance companies.

• A bad faith claim arises when the insured purchases a policy to protect their auto, home, or another piece of property. The insurance company acts in bad faith when it improperly investigates a damage claim, fails to properly valuate damaged property, or denies a legitimate claim.

Although many policyholders feel overwhelmed and unsure about how to fight bad faith insurance companies, California law does offer significant protections for the consumer. When suing insurance companies for bad faith, the consumer may be entitled to damages beyond the amount owed for the claim under the terms of the policy to compensate for attorney’s fees, time off work, and other expenses associated with pursuing their bad faith claim. In certain cases, the victim may even be awarded punitive damages to punish the insurance company for their behavior.

The first step in suing insurance companies for bad faith is to seek the advice of an experienced and knowledgeable attorney. Daniel Weltin has more than a decade of experience handling complex civil cases, including claims against insurance companies acting in bad faith. If you feel that your insurance claim was improperly handled or denied, contact us today to schedule a consultation.